We are implementing and refining Digital Ion Technology (DIT) techniques on multiple instruments. In this, digital ion traps are operated with square waveforms, as opposed to the standard sinusoidal waveforms. One of the main benefits of this new technology is that the circuitry for using square waves is much more cost effective than using sine waves, which require large voltages to work. As a result, this technology is much more accessible to labs. Another advantage to this technology is that these square waveforms can be modified in order to manipulate the ions in the trap in useful ways. For example, we can selectively exclude any undesired ions prior to mass analysis, or conversely allow a specific m/z ion packet through. 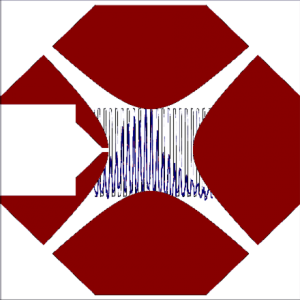 In addition to using Digital Ion Technology (DIT) throughout the lab, the Garand Group is developing a new, novel instrument. Combining well-characterized separation techniques via LC with the robust MS-IR method currently being used, the new LC-MS-IR will fill address the community’s need for a standardless, fast and all-in-one instrument. With the ability to do real time analysis, we hope to study a mixture of metabolic species in a single scan.

The current CIVS instrument is being adapted from a single reaction trap and a cryogenic tagging trap to having a dual reaction trap and a main tagging trap. The addition of a second reaction trap will allow for formation of larger solvent clusters, potentially nearing bulk solvation. It will also facilitate more complex experiments including generating reaction intermediates in the first trap and then solvating them in the second trap. The flexibility of instrument design and experimentation will allow for new avenues of research within the group. To read more about the current projects on CIVS, click here. 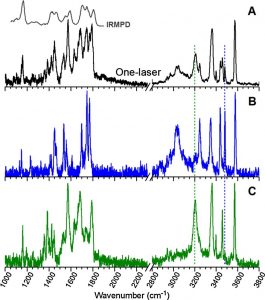 In order to perform photoelectron spectroscopy to investigate the neutral molecule, we first need to form the anion by attaching an electron on said neutral molecule. For the relatively heavy molecules we are interested in, such as quinquethiophene, it can be hard to produce the anion and this has often been a major difficulty in our SEVI experiments. As such, we have developed new instrumentation to introduce our solid sample into the gas phase and form it into anions using chemical ionization (CI). The home-built tool for this is affectionately called Solid Thermalization for Ionization and Clustering, or the STIC.

By interfacing a Peltier device with the STIC, we can control the temperature of the sample and thus also the relative amount of molecules we produce in the gas-phase. At the same time, we use an electron gun and a gas mix of helium and methane to produce a bath of thermal electrons. When our gas-phase molecules interact with this bath of thermal electrons, it attaches an electron and thus forms the anion.

An exciting avenue for future development involves clustering together these heavy molecules that are already difficult to put in the gas-phase. Another project of interest is the controlled release of common solvent molecules, such as water, to extend experimental operation time. With current methods, it is hard to control the amount of water that we introduce into our traps, so water frequently condenses and freezes on the traps, affecting the applied voltages and hindering experimental progress.

To read more about current projects on SEVI, click here. 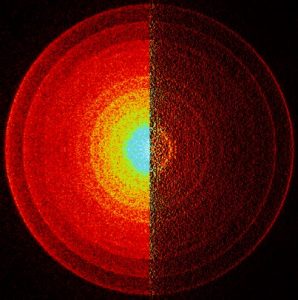